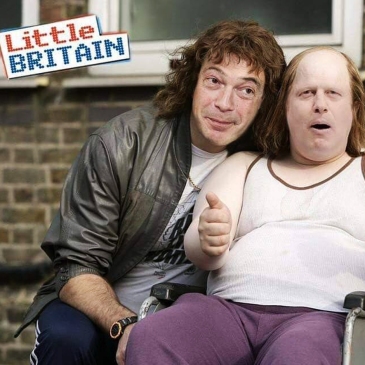 I grew up in the west country of England. I now live on the west coast of America, I have lived here for almost thirty years. I tried to shake off the stifling class system I was brought up in and I tried to embrace the idea of the United States. A hopeless romantic notion of mine and many others. I was willing to work hard and accept my rewards, it was an adventure at first. I was foolish enough to believe that it was a brave new world. I scratched the surface and there it was, the same elitism, the same divisive system, only this time it was wrapped up a bit differently. It was a clever deceit, sold as idealistic and democratic. After all, it did say “we the people” and they did have a “civil rights” movement. I fell for it a bit, but I really did not believe it. A lot of people I know here believe it though. Some of them speak of change, and how they have a bill of rights, these people did believe that they were the “we” and believed they were represented by well meaning leaders. Oh yes, they believed so hard, they would rather believe the lie than look for the truth, they were very patriotic. Some are so fervently patriotic, they said I should go home, some even suggested I should go live in Russia or China. I mostly laugh at these people but sometimes they worry me. I must admit though, I have also met so many brilliant and radical people here, people who are willing and able to perpetuate real change in society. Free thinkers, unencumbered by their childhood, unlike me. These are my real friends, these artists and rebels are ready for change. Some lack direction due to many years of indoctrination, sure we all do, but they are excited to push for a better world.

One of the things that bothers me though is this idea that we can change things by voting. The existence of people defending “democracy” when they have no grasp of “the control system” is in itself a tool of the “ruling elite.” They use the word “democracy” in order to maintain their power. If you want to see how democracy works (given the level of awareness in society) then just look around you. The great divide that exists in society, is not just economic; it is based on the willing servants to the system. Lords and masters who are willing to exploit the ridiculous notion that they are the ones who are born to rule. Also to blame, though less so, are the lackeys and the lickspittles, who willingly bow down to their “betters.” Society can change, people can change, we can change but usually we don’t, until we need too. I suggest that time has well and truly come.

Are we “the system”? That is the real question for me. I believe that for the most part we are. Sure, we don’t agree with it and we rail against it but we make up society, all of us. The rules, the regulations, the power and the weakness are all ours. So, given that, we can be the change we need to see in the system, right? Hold your horses, wait a minute, can we really change it? I honestly believe we can. It might take a week or two, but hey, what’s time, we got our lifetime. Well, there’s the rub, most people think about themselves, I know I do sometimes. Then they say something like this….a lifetime of struggle for change and I ain’t gonna see any of it, sod that. Most people are conditioned to be selfish, I know I was; now I think about the long term, generations from now, how will that be? Will humanity survive the bitter divisions; will humanity learn to unlearn its savage history? I have faith in humankind, I see people around me caring for each other, caring for the future of our species, and caring for the planet we live on. We can change. We have too. Where are the radicals? Come out now, we got work to do.

And all digital outlets.

Special thanks to Mitch Steele.

I’m at the checkout strip or chip

Buy a bag and take a trip

Feed the homeless house the feeder

Should I keep this appointment? The ointment is stinging

The words in my head are constantly spinning

This is my table, what are you bringing? Is this real life?

Then why am I clinging?

Don’t be alarmed. What is that ringing?

Is that a siren, why is she singing?

You bought the lemon with a pledge Allegiance to the razors edge.